Non-Deployed airbag sales to be made illegal in UK

The Motor Vehicle Dismantlers Association has advised that this is what may happen if you don’t act NOW! 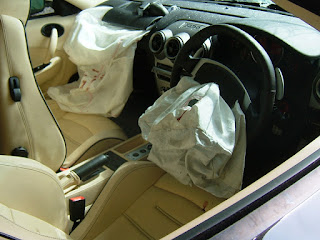 As part of the ongoing review of the Salvage COP, Insurers have asked Government to make the sale of non-deployed airbags illegal in the UK. This includes all pyrotechnic devices (airbags & seat belt pre-tensioners), from all salvage categories.

In reality, it will be impossible to distinguish ‘salvage’ from ‘non-salvage’ airbags, and of course the same concerns would apply to all airbags irrespective of source. So the only practical approach is to ban all airbag sales.  This is despite the fact two EU Directives on pyrotechnic devices currently being implemented by the UK do NOT make the sale of used airbags illegal.  Far from it.

It would also seem that insurers are not concerned about the effects on repairable salvage of a ban on non-deployed airbags. Or are they simply happy to see more salvage move abroad?
This has very serious implications for UK vehicle recyclers, and may only be the ‘thin end of the wedge’! Will we see the sale of other ‘safety critical items’ being banned – tyres? Suspensions? Brakes? Steering? Wheels?  The list goes on & on….

The significance of this cannot be over-stated.  What view will insurers & Government take on new-technology such as Autonomous Emergency Breaking, Lane deviation etc.? Will we see a ban on the sale of these parts?

It is by no means certain that the Salvage COP will become law. Currently it is voluntary, so vehicle recyclers are under no greater obligation than insurers. Even though the ABI has asked Government to legislate – this Conservative Government is strongly ‘de-regulating’ & is not keen on more regulation.

We understand that Thatcham will shortly be undertaking some work on non-deployed airbags, but we have no way of knowing or influencing the outcome. Despite UK vehicle recyclers having handled more than 225 million pyrotechnic devices since they were introduced into mass market vehicles in 1994, we are not aware of any evidence which shows non-deployed airbags are a safety problem. And as you know, MVDA has already undertaken research which shows that non-deployed airbags are safe to re-use.  But this all seems to be ignored.
So, we need your help – NOW.


Government does respond to business. So we need all MVDA members to write to Department for Transport saying that the proposal to ban non-deployed airbag sales is not based on fact and will cost UK jobs.

To help you do this MVDA has drafted a letter for members to send. All you need to do is add your name & address, sign it & post it!

We will be e-mailing this letter to all members TODAY